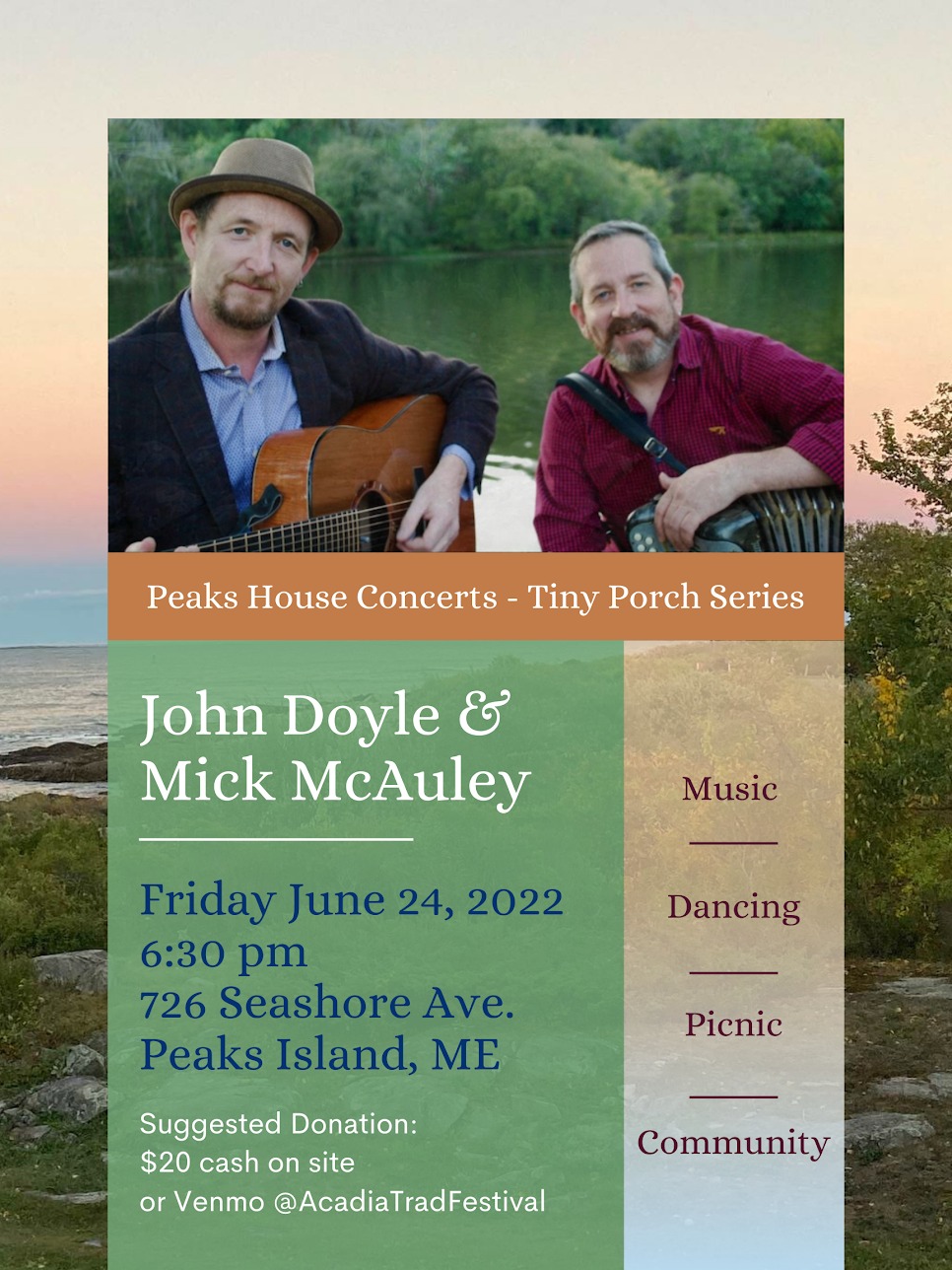 The concert will be outdoors, on the grass! Bring a blanket or a chair. There is a suggested donation of $20, per guest, at the “door”. Free to folks over age 80 or under age 18.

This concert is part of the Peaks Island House Concert Series. The Series was started by Ellen Mahoney and Ed Darany, with the goal of bringing world class acoustic roots musicians to Peaks Island for the sheer joys of sharing something beautiful with the world. They welcome people to share an outdoor live performance from the Tiny Porch Stage at their home on Wharf Cove.

Note for folks coming from the mainland: The 5:35 ferry from Portland gives plenty of time for you to gather friends and some provisions and walk around the backshore of the Island to see the show. Walking or biking is encouraged. Parking is very limited.

“Doyle on guitar has risen to a level occupied by him alone. No one in Irish traditional music is a better guitarist than him right now. His chops, always assured and adroit, have now entered a rarefied zone of inspired, instinctive, in-the-moment creativity that made me gasp in awe and for breath. In my Wall Street Journal article on him this past March, I described John as one of the world’s best acoustic guitarists. I now think that may be an understatement. In addition, his vocal delivery and his songwriting have never been more impressive, reaching an apogee in “The Arabic,” where his singing and guitar accompaniment (this is really a misnomer: his self-backing and instrumental fills and runs on guitar constituted a tour de force in and of themselves) on his own song were unforgettable. What are they putting in the potable water where John resides that has made him so mind-vaultingly good?”