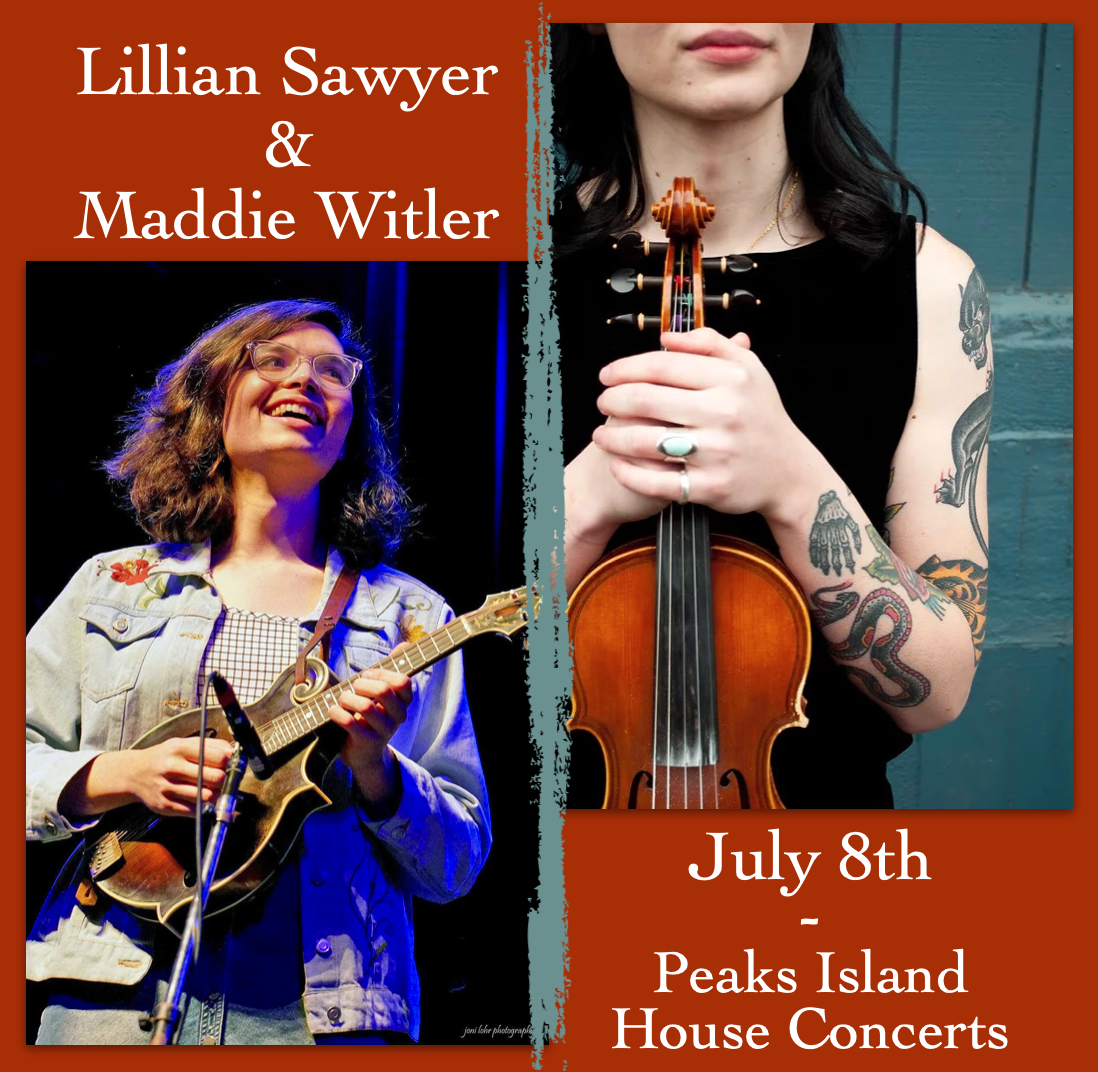 Come and hear these two master players make some magic together on the Tiny Porch Stage!

The concert will be outdoors, on the grass! Bring a blanket or a chair. There is a suggested donation of $20, per guest, at the “door”. Free to folks over age 80 or under age 18.

This concert is part of the Peaks Island House Concert Series. The Series was started by Ellen Mahoney and Ed Darany, with the goal of bringing world class acoustic roots musicians to Peaks Island for the sheer joys of sharing something beautiful with the world. They welcome people to share an outdoor live performance from the Tiny Porch Stage at their home on Wharf Cove.

Note for folks coming from the mainland: The 5:35 ferry from Portland gives plenty of time for you to gather friends and some provisions and walk around the backshore of the Island to see the show. Walking or biking is encouraged. Parking is very limited.

Lillian Sawyer was born in Sarasota, Florida and now lives in Portland. She came from a musical family and, inspired by attending bluegrass and roots music festivals at a young age, discovered her aptitude for fiddle playing. At Berklee College of Music, Lillian studied classical and Arabic violin from Simone Shaheen as well as jazz violin from Rob Thomas. She graduated with a degree in Contemporary Writing and Production in 2015. Lillian currently performs regularly with Rowdy Mountain, led by Jonathan Trawick, as well as her own band, the Lillian Sawyer Band.

Maddie Witler hails originally from LaCrescenta, CA, and currently resides in Brooklyn, NY. Maddie picked up the mandolin when she was 14 and fell in love with the instrument and bluegrass music. She attended the Berklee College of Music from 2010-2014. Maddie has been a member of the Lonely Heartstring Band since it began in 2012. Over the years she has also performed with folks like Peter Rowan, Darol Anger, Michael Daves, Tony Trischka, Molly Tuttle, and she is currently touring full time with Della Mae.